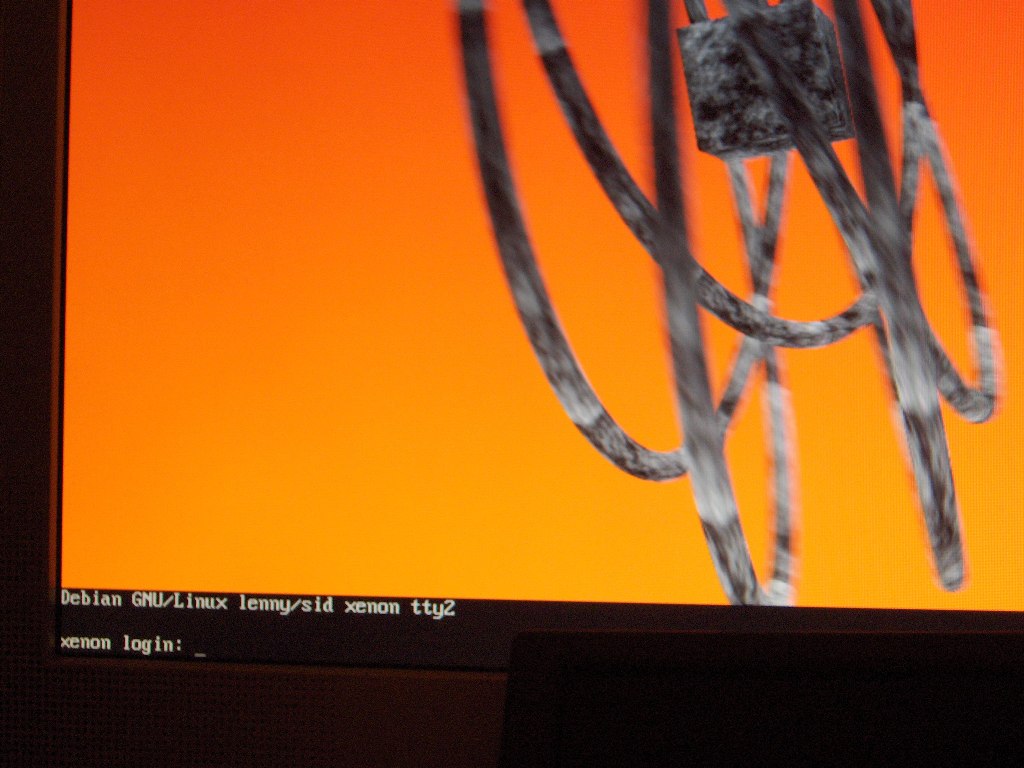 Triangles on the 360, MANY OF THEM - about 40 million per second, or even more if you write clever code. (But this is not a depth of field, just a blurry screenshot ;)

I finally polished my GPU stuff far enough so I can risk a release. You need to compile your shaders, so you need Tser’s shader compiler (which uses part of the windows XNA libraries).

So, without further words: gpu-0.0.3.tar.gz and romextract-0.0.1.tar.gz (to extract the required ucodes from flash). Have fun!

Ok, some further words: I didn’t implemented any standard API yet, right now, the functions are on a very low level, directly above the hardware. Just take a look at gpu.c, and try to understand the example code. Then you should be able to do something more.

You might also be interested in xenkit, which is based on gpu, and adds X11 support and some demos.